I was recently in Everett at dinner time and stumbled upon El Pariaso Mexican Grill. I was initially a little skeptical about vegetarian options at a "grill" but a quick glance at the menu calmed my fears and excited my appetite.

While we waited for a table, the host encouraged us to go over to a corner of the restaurant that was occupied by a little old Mexican woman cranking out fresh hot tortillas. In an unexpected and totally awesome move, she pulled two off the hot griddle and slathered them in butter and fresh salsa, rolled them up and handed them to us. Off to a great start! 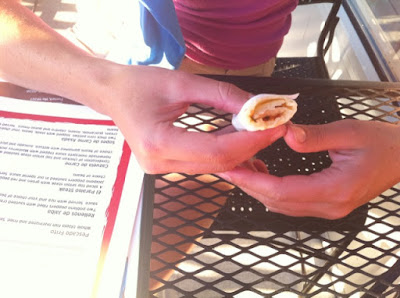 Goodness gracious the fresh tortillas were delicious
The next excellent move was the presentation of the hot tortilla chips with good homemade salsa AND a dish of refried beans. We were giddy with pleasure and surprise. 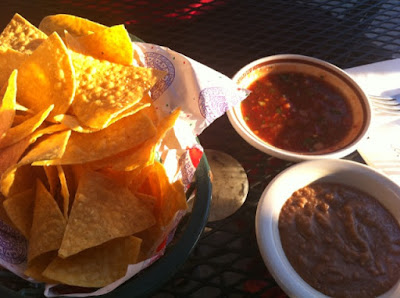 The vegetarian portion of the menu was varied and had nearly a dozen options on it. I was stoked to have the unusual (for a vegetarian) dilemma of having to choose between multiple excellent looking dishes. I ended up getting a combo that included a Gordita (also called Sope), an extra thick corn patty covered in beans and other delicious toppings, and a spinach enchilada in tomatillo sauce. 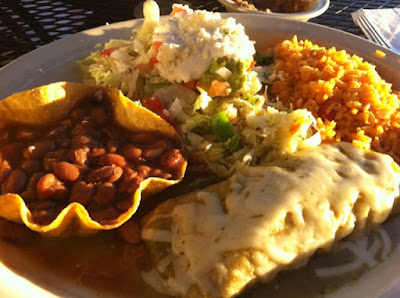 The Sope was outstanding. I've had versions of these in the past that were pretty lame due to an excessively greasy deep fried flavor, but the sope at El Paraiso was just a thick version of their super fresh, super delicious tortillas. The spinach enchilada, also made with the fresh tortillas, was fantastic as well.

This style of non-region specific Mexican food can really be hit or miss, and El Paraiso is really a hit. Everything that came our way was super delicious and fresh, and all of the tortilla based dishes especially really shone.

It's also worth mentioning that the wait staff is exceptionally friendly, seamless and fast. So good in fact that I felt compelled to tip way over normal just they were doing their job so well.

Posted by Tofu Hunter at 6:07 AM No comments:

I recently went to a football game at the surprisingly lovely Quest Field. It was a gorgeous warm evening and the views from the stadium were awesome. There were some particularly poignant moments in the game:
However, I have a personal message to Quest Field: You suck for vegetarians!! I was all set to eat myself an expensive, junky but still somewhat complete dinner and walked every level of the stadium looking for something satisfying to fit the bill.

What I found that I could eat:
This list might look like a lot of options to a vegetarian in a small town someplace, but for Seattle, for a new stadium with slew of *restaurant* type food establishments, it is dismal.

Some suggestions (because I'm sure Quest food officials are big Tofu Hunter readers):
I realize that the typical football crowd might not be especially interested in tofu and beans, but we are a progressive, diverse city and I am pretty sure that of the 60,000 people in the stadium not every single one was a meat chomping tofuphobe.

For now, I'd advise a vegetarian who is going to the stadium and wants to partake in the food culture of the game to get yourself a veggie dog from one of the dozens of well appointed hotdog stands in the streets outside the stadium. I wish I had. Instead I worked my way through a beer and a 3 foot long bag of kettle corn and went famished to my late night savior, Rancho Bravo on Capital hill, after the game to eat a burrito.
Posted by Tofu Hunter at 9:11 AM 2 comments:

I had heard good things about Mae Phim, the inexpensive hole in the wall Thai place near the viaduct downtown, and went recently for lunch.

The restaurant is small but cute, and my dining companion and I ordered tofu Phad Prik King, green beans in chili sauce, and Phad Kee Mao. We ordered it all vegan, with soft tofu.

And therein, I believe, lay a problem. The dishes we ordered were supposed to be, by nature, spicy and chili pepper oriented. The waiter didn't ask for a spice preference, and I forgot to mention it. What arrived was incredibly bland and totally void of nearly any interesting spice or flavor. I think the waiter made a common assumption: A picky vegan who comes into a Thai restaurant and removes all sorts of elements of Thai food (fish sauce, egg, etc), and then special requests their tofu unfried, is probably going to be a big complainer baby who doesn't like spicy or complex tasting food. I understand why that assumption is often made, but it just isn't always true. 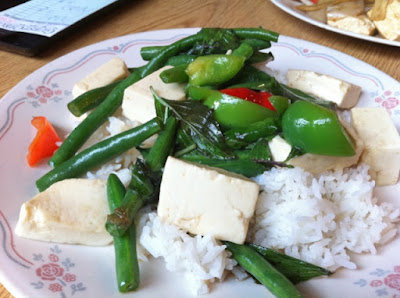 Phad prik king before
I had to gather chili sauces from all corners of the restaurant to add some much needed heat and flavor to this dish: Sriracha, chili garlic paste, and my favorite dry roasted chilis in oil. 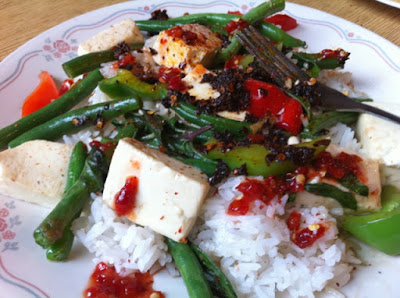 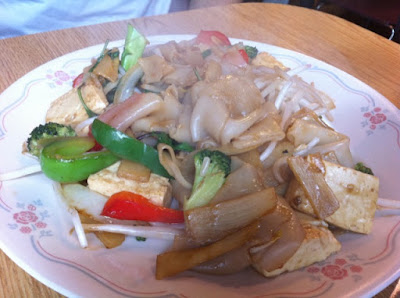 I really don't feel like I got a fair assessment of this place. I would like to go back and tell the waiter to make my food good and spicy. I would also like to go back with a meat eater and hear what they say about the un-veganized dishes. If you've been there and have an opinion, I'd love to hear it! 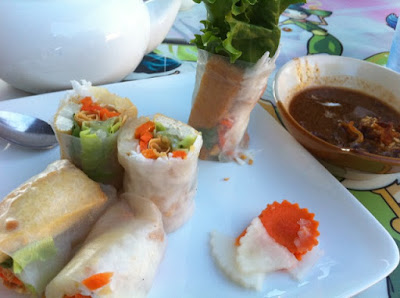 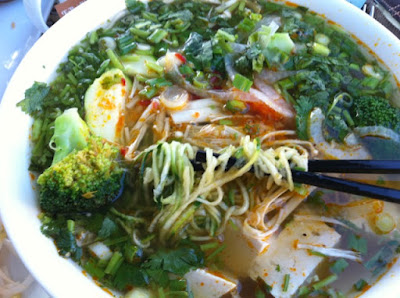 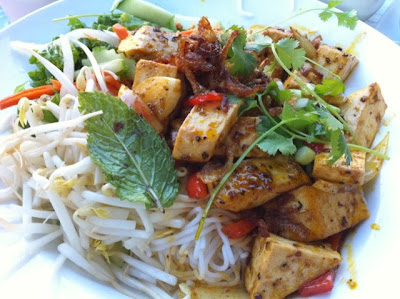