I have an unhealthy relationship with Zao Noodle Bar in U-Village. It started a LONG time ago, once upon a time, when I ordered their Ginger-Garlic-Chili Chicken and Prawns, minus the Chicken and Prawns, and it was really really good. I won't go into the details, because it only happened that way once.

Every subsequent visit I've ordered the same thing, paying the premium price for the absent Chicken and Prawns ($11.50), with a retarded optimism that is, without exception, crushed by the reality of a meal dramatically inferior to the memory.

Still I went back again today. I was in the neighborhood on my bike, really hungry, and once again had a huge and irrational level of excitement about going to Zao. I was seated outside at a table in the blazing sun on this unusually warm day (was I seated there because I was dining alone? Maybe). I started to get hot, really hot. I could have asked to be moved, but I think I was 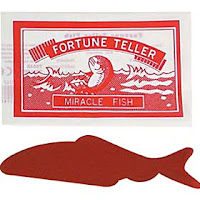 afraid of disrupting the already tenuous magic I was hoping for (Note to self: You should have moved.)

Looking at the menu today I had an exciting realization: I could order the Monk's Vegetarian Delight, which in theory comes with: tofu, mushrooms, zucchini, green beans and yellow squash, and their fat shanghai noodles, and special order the addition of the garlic-ginger-chili sauce. Cost: $9, a full $2.50 better than paying for ghost meat in the Ginger-Garlic-Chili Chicken and Prawns and essentially the same dish.

I was becoming delirious with anticipation and slightly nauseous as I sat in the sun absorbing heat from the dark metal railing that my sweaty arm and back were pressed against. I am not a women with ample folds/valleys in my physique, but those that I do have were cascading with sweat. "Confucius Say" style wit and wisdom on the t-shirt of every employee, and on the sanitary wrapper of every outside chopstick
When my meal came, it was a disappointment from first glance. Where were the vegetables? There was, for certain, no spinach involved. There were perhaps 4 green beans (a generous estimate), and the rest of the meager vegetable supply was paper thin slices of zucchini and yellow squash. There were a hand full of sizable mushroom chunks, but in a fault that is my own I left those in a little pile on my place. The sauce was oily and yes, spicy, but not in a way that made sense. There wasn't much flavour in the sauce. The noodles were large, but somehow there wasn't much pleasure in eating them. This picture was taken with my laptop, which I took out of my backpack and held up like a steroidal camera trying to aim at my food. Classy and discrete.
But I ate the whole dang plate anyway (minus the mushrooms). The waitress came by and tried to take it away as I was still chasing tiny nubs of noodles with my sweaty chopsticks, and I wouldn't let her. My behavior didn't even make sense to me.

After I ate I ambled bench to bench in U-Village, resting, finding reasons to hangout a little longer, until I realized I was more or less trapped in the village by my gluttony induced laziness. It might be a fantasy of some to be trapped in this particular locale, but I am too frugal to enjoy that fantasy and forced myself back on my bike and began the long process of pedaling home.

For the sake of putting something useful in this post, I must announce: Zao does have multiple vegetarian (and even vegan) options on their menu. And as I write this, I have the urge to say that the food is actually pretty decent. It makes me wonder if I've picked up a Zao friendly parasite that is directing my behaviors.
Zao Noodle Bar
(206) 529-8278
2630 NE University Village Street
Seattle, WA 98105
www.zao.com

Sorry to hear about your continually crappy dining experience. I hope your dinner was a little more exciting and up to a high caliber.

Thank you. I always wondered about that place as I took my lust to Anthropologie, my favorite store and a store that smells really good and sells clothes for cats, at least most of them are that size.

Go to Carmelita and tell me if you get the robot waitress dressed like Dorothy in The Wizard of Oz. She's British and cruel but fun to ponder, after.

ps. I just wrote that because I can't afford Carmelita.