I recently spent a lovely evening at Sound Foods on Vashon Island enjoying the music of the Riptide Ramblers and eating a delicious meal. 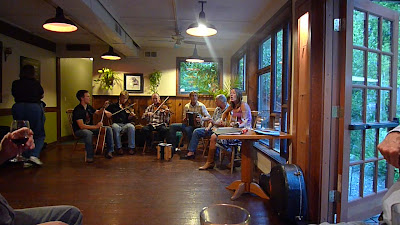 Three generations playing together
The menu at Sound Foods is small and focused on local high quality ingredients, which is something that I appreciate as long as there is a reaosnable vegetarian option, which there was. I believe it was called something like the "Tower of Vegetables," and that was a pretty accurate description of what I got.

The mainpart of the meal was a pile of grilled veggies, including peppers, squashes, eggplant, and a big slab of portobello mushroom. Accompanything this was a hearty scoop of beautiful black rice, and a salad with mixed greens and a variety of delicious pretty extras like edible flowers, chives and hierloom cherry tomatoes. 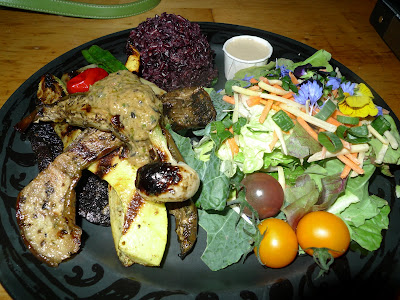 The best part about this plate was the exquisite sauces. The chef was most definitely a master of sauces and both the salad dressing and the sauce for the veggies was so fantasticaly delicious. THey were pungent without being overwhelming, savory without being overly salty, rich without being too oily. Just really good.

The meat eaters all seemed to order the fancy free range bacon burgers, with the exception of one salmon. 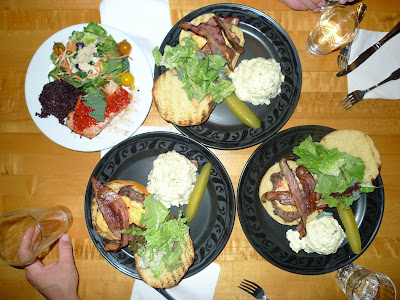 We topped the meal off with a really amazing (and giant) slice of homemade banana cream pie. The banana pudding was just salty enough to really explode in delicious flavor, and the chocolate cookie crust was good enough to eat by itself. 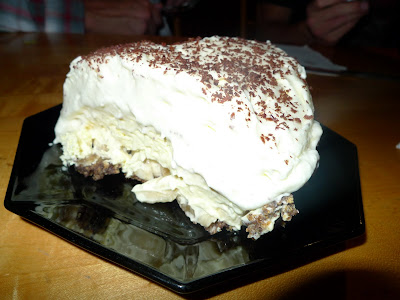 There has been a little bit of confusion about whether Sound Foods is open or closed: some time ago they closed down but have since undergone a change of hands and are most definitely open and kicking at this point!

Emily! I just became a true follower, although I have been reading and salivating for a while! I love it, and congrats on the new house. love, puff