Today I found my way to the Golden Era vegetarian restaurant in San Francisco. I had read on-line reviews that spoke wearily of the neighborhood, and as I walked there today by myself I initially thought that everybody was overreacting until eventually the ratio of me to people laying on the ground, mumbling, stumbling, talking/hollering to/at me became fantastically disfavorable. I probably wouldn't have wanted to do the same walk at night. It is always hard in an unfamiliar place to know how bad a place really is because everything has that "Is this even real?" feel to it. Anyhow, I made it and was strangely relieved to enter the dark below ground restaurant and be greeted by none other than the Supreme Master herself on a large TV. (The Supreme Master also has a presence at the Vegan Garden in Seattle).

The menu reminded quite a bit of the Vegan Garden, which is full of good looking dishes. I ordered the Jalapeno Tofu, which was described as "Best tofu with jalapenos, onions and bell peppers, served with steamed broccoli." Sounded perfect. 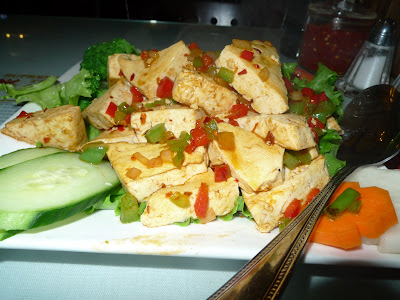 The meal arrived and was as described... soft tofu triangles with finely diced onions and bell pepper, and then succulent, lightly steamed slices of fresh jalapeno on top. Yum. 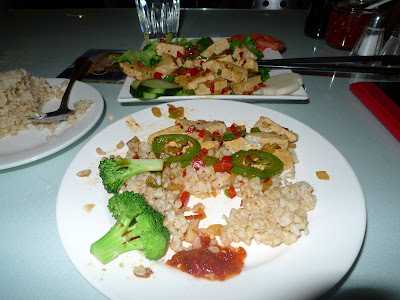 I thought that the Supreme Master connection was interesting... makes me wonder if there are followers all of the country (world?) who are starting up similar Chinese vegan restaurants in her vision? I'm not complaining. 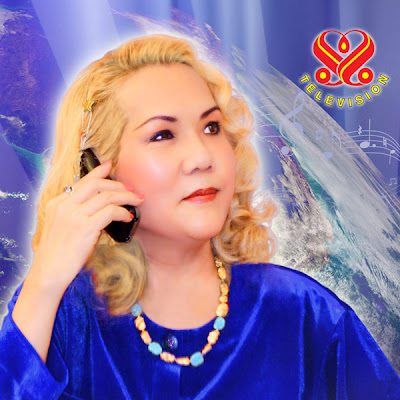 Your tofu quest is wonderful.Im already wondering if i could recreate some of those delicious finds.I'd love to guide our readers to your site if you won't mind. Just add this foodista widget to this post and it's all set to go, Thanks! -Alisa@Foodista

Yeah, that's right next to crack city. Funny thing about that part of the city is, depending on which route you take to walk there it's either fine or "noway am I coming here at night". A friend of mine used to live right nearby, and there are/were actually a bunch of good & cheap restaurants in the neighborhood. Low rent...

That looks really good, too. I think all good vegetarian chinese food has to be associated with some cult or other. Or at least, I can't think of any counter-examples.

looks great!! love the blog & am dying to visit seattle now to try all the great places you have reviewed.

i live just outside of SF but dont go there that often so i am always glad to get tips on where to eat veg!